The report of the House of Commons Home Affairs Committee, Immigration Policy: basis for building consensus, was released earlier this month. It makes many helpful suggestions, including the idea of an annual migration report, streamlined immigration processing and the importance of balancing competing interests. However, it draws misleading conclusions about public opinion and policy due to its reliance on focus-groups, which suffer from social acceptability bias.

As a result, it makes two assumptions. First, that citizens who oppose immigration do so mainly because of their perceptions of its effects on prosperity or public services. If so, immigration is an issue that can be addressed by the traditional approach of directing financial resources to areas affected by migration and detailing the economic contribution immigrants make. The second assumption is that voters are primarily concerned about control, not numbers. If they are reassured that things are under control, and migration is being connected to economic needs, they will be content with higher numbers.

Yet, as behavioural economists repeatedly caution, ‘people aren’t rational, they rationalise’. So too with immigration attitudes. The reasons people say they oppose immigration are those they are aware of, or they feel to be socially acceptable. This is doubly the case in focus groups, where peer pressure is strong. Consider the Brexit voters who said it was about sovereignty and feeling ‘left behind’ by prosperous London, but as Harold Clarke, Matthew Goodwin and Paul Whiteley show, survey data clearly reveal that the vote was linked to opposition to immigration. Indeed views on capital punishment count far more in predicting whether someone is a Brexiteer than their class, income or beliefs about whether ‘the people’ should make decisions rather than politicians. The consensus in the academic literature is that personal economic circumstances matter much less than cultural/psychological orientations in predicting attitudes.

Now, however, work by British Future, which is widely cited in the Committee’s report, indicate that skills are the most important consideration for people when they think of a desirable immigrant. It’s true that this is also what survey research finds when they ask people what qualities they most prefer in an immigrant. So we have a disconnect: the academic research which asks people about their opinions on immigration finds that cultural attitudes matter most, with economics counting for little. Yet the focus group research and survey work on preferred immigrant characteristics seems to indicate that people value skills more than ethnic stability. How can this be?

Some of the gulf can be explained by distinguishing between the properties of desirable immigrants, as distinct from immigration. When people think of immigrants, they think of an individual, and assess them accordingly. When they think of immigration, they consider aggregate effects, which their minds treat as a separate question. As we show, people are sensitive to the skill level of the immigrant intake, but this is trumped by their concern for the cultural impact of a larger inflow.

To illustrate, we draw on data from a new Yougov-Birkbeck-Policy Exchange survey of 1,643 individuals from 5-6 November 2017, of which 1,450 are of White British ethnicity. The question asked: ‘The Government is considering its options for Britain’s immigration policy after Brexit. Currently Britain has net migration of 275,000 per year of which about half is European. After Brexit, European migration is expected to decline. Two options are on the table, which do you prefer?’

People are being asked to trade off between high-skill/high intake and low-skill/low-number intake options. 34 percent opted for option a (high skill/high intake), 30 percent for option b (low skill/low intake), with 36 percent saying ‘don’t know’. This even holds when we ask about raising numbers, as with:

Results among those who answered are 31 percent for increase, 29 percent for decrease. In other words, screening out the ‘don’t knows,’ 52 percent back the high skill, high immigration option. So far so good: a modest endorsement of British Future’s work, which shows that when the skill set is right, a (bare) majority of people will endorse current levels.

But now consider the next group’s set of choices. The only change in wording here is that I have replaced ‘outside Europe’ with ‘Africa and Asia’, both in italics:

Now just 18 percent are content with a high-skill/current migration level mix, 40 percent want a decrease with a lower skill mix, and 43 percent don’t know. Net of the undecided, that’s 69 percent in favour of a decrease in numbers and skills versus 31 percent for current levels with higher skills. Rather than viewing this as a simple manifestation of racism (which most of the survey evidence shows has declined sharply in recent decades), we might think of the ‘Africa/Asia’ wording as signalling that higher migration will bring discomforting cultural change. Indeed, when this is made explicit, in the next set of wordings, the effects are considerably greater than when the ‘Africa/Asia’ phrasing is used.

Consider the following set of options, based on ethnic population projections:

This time, the wording remains unchanged from that of the first group, but we draw attention to the impact higher numbers will have on long-term ethnic change. Rather than a – still substantial – shift from 80 to 65 percent White British by 2060 under the low immigration option, we note that current immigration levels will mean a change from 80 to 58 percent White British by 2060, broadly in line with projections. With this choice in front of them, only 27 percent of those with an opinion favour current levels with higher skills compared to 73 percent who prefer a decrease – even though this means a lower skill mix. 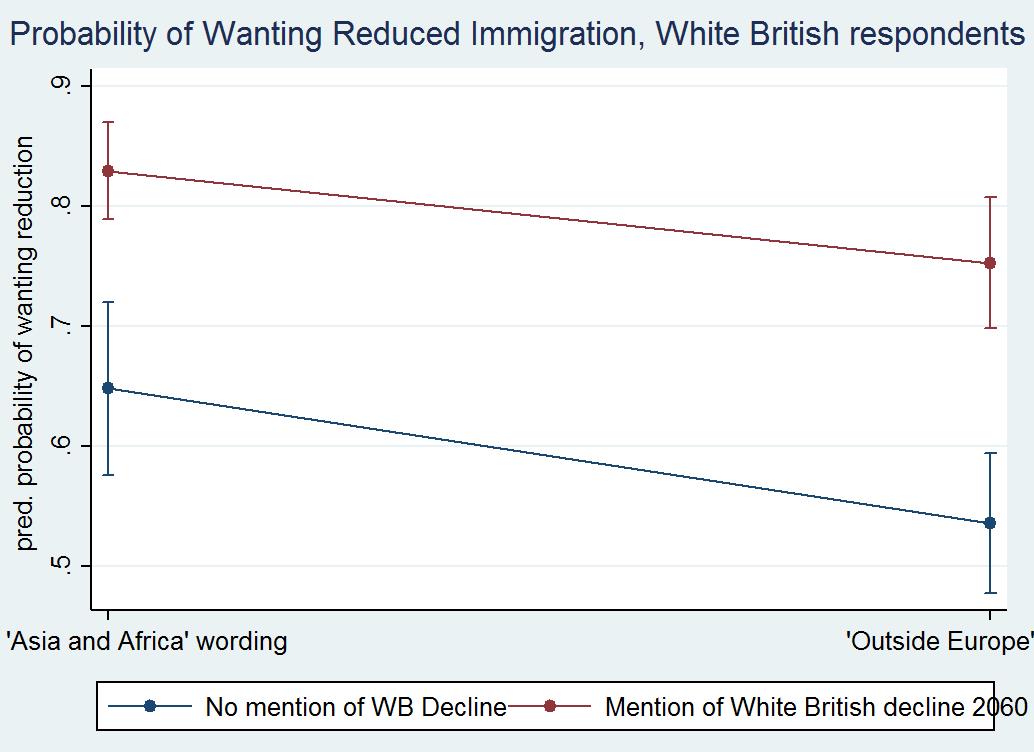 Focusing on the 1450 White British respondents, we get the results in figure 1.

This shows that a majority of White British respondents want reduced immigration even if skill levels fall, but when the question is worded, as in example 1, as new skilled immigrants coming from ‘outside Europe’ and when the decline in White British share is not mentioned, it’s possible to get almost 45 percent of White Britons to back the high skill mix-with-high levels of immigration option. Mention ‘Asia and Africa’ as the source for new skilled immigrants and support slips ten points to 35 percent. More importantly, mentioning the ethno-cultural impact of higher numbers on the long-term share of White Britons in the population drops support for current immigration levels by 17-22 points to just 18-25 percent. 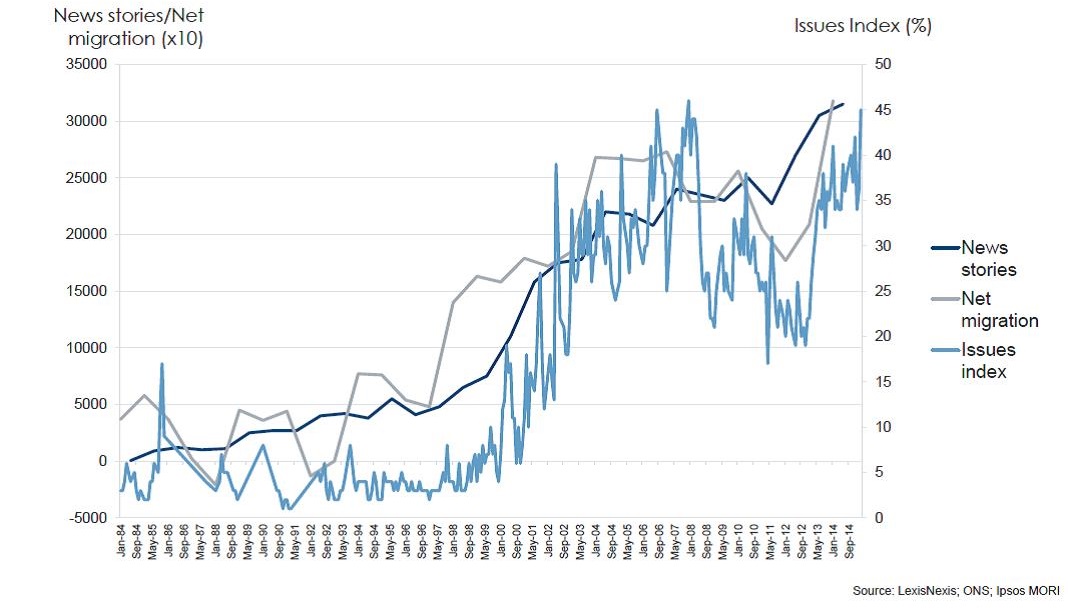 We shouldn’t kid ourselves. The trends in figure 2, showing a link between net migration, news coverage and the salience of immigration, is likely to continue in Britain. It’s a trend James Dennison and his colleagues have noticed in most West European countries. This is largely because of its cultural and psychological impact, which immigration opponents are encouraged to rationalise in economic terms. Focus groups are especially susceptible to this. The Committee seem to have taken these rationales at face value, drawing distorted policy conclusions.

Moving to a Canadian-style system of three-year immigration plans, as the report recommends, would be problematic for Britain. Canada’s latest three-year migration plan for 2018-20 will welcome 330,000 immigrants per year, equivalent in UK terms to net migration of around 600,000 per annum, twice the current UK level. This has occurred because norms of political discourse in English-speaking Canada are similar to those which obtained in Germany and Sweden prior to 2015 – in which it is deemed improper for politicians or editorial pages to advocate reducing immigration.

To repeat: opposition to immigration is largely cultural and psychological. Appealing to voter economic interest as the Committee suggests is therefore unlikely to create the new consensus it seeks. Far better (as argued here and here) to frame immigration to conservative voters as something which their ethnic group will gradually absorb through intermarriage and assimilation leaving the country relatively unchanged. 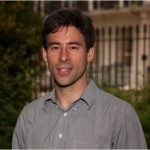 Eric Kaufmann is Professor of Politics at Birkbeck College, University of London. Eric is led an ESRC project, Diversity and... 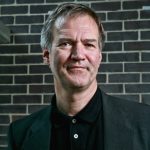