This time fifteen years ago I was a panel member of the Oldham Independent Review and Adviser to the Community Cohesion Review Team. These Government initiatives were born out of the race riots in Oldham, Burnley and Bradford in 2001 and tasked with ascertaining why the riots had taken place in these towns (and not others) and how we could help these towns move forward from the fractured communities they had become.

A decade and a half later I am still uncomfortable with the legacy of these reviews. It’s not that I didn’t agree with most of the conclusions of the reviews: the high unemployment rates among Asian and white working class youth; the impact of poverty and deprivation in neighbourhoods; the lack of leisure programmes and after-school opportunities for young people; the relentless racist incidences experienced by ethnic minority communities, and the myths and lack of transparency in public service allocations. It’s that most of these observations about poverty, unemployment, discrimination and mainstream racism barely got picked up by the government and the media, and instead they seemed much more focused on the outcome, and not the causes, of these factors: that Asian and white communities were living separate, isolated and “parallel lives”.

And so we turn to the premise of Casey’s integration review released this week – about how the government can improve integration among “isolated groups” in order to tackle the growing problem of extremism among particular communities. In a way the review is timely. The issue of “social integration” has been making its way back onto the table for some time now, but together with the results of Brexit it is a much needed discussion about who we are, what values we share, what opportunities we have to participate fully in society, how we interact and how we manage immigration (and particularly the churn of immigration). But in another way, perhaps because of the legacy of the 2001 reviews – I fear we will return to simplistic soundbites about why different groups of people live in the areas that they do, behave socially in the way that they do and what this means for social integration.

It’s an easy trap to fall into because this area is notorious for the selection of “facts”, often implying that whichever “truths” (terminology) being shared are neutral facts when in fact they are very value-laden. But integration is a social policy area where there is often lack of clarity about what is being measured and assumptions are made based on superficial appearance about people’s motivation and behaviour. So terms such as “ethnic segregation” are chosen to describe neighbourhoods instead of “ethnic diversity” and “white flight” to describe mobility instead of “people seeking greener space or better housing”. And indicators used for measuring integration – such as “housing segregation” – are used to explain “self-segregating” preference rather than a lack of choice and mobility within a group.

This week, in her report to the government on integration and extremism, Louise Casey highlights the issues of poorer socio-economic opportunities for some groups, ‘regressive cultural practices’ of some communities, rapid immigration and few opportunities for young people to mix as major barriers to integration in the UK. Casey makes 12 recommendations based on these themes in her review.

To begin with Louise Casey is right to talk about disadvantage and inequality as important barriers to integration, as we know from research that these are inhibiting factors as to why people don’t mix. So when Casey highlights the high levels of Muslim women’s unemployment (16% in 2015) as an example of some of the key integration issues we have in this country, we assume that this is an objective discussion.

But Muslim women’s employment levels are a complicated issue partly because depending on which age group you’re looking at – 16-24 or 25-49 or 50+, their employment levels vary enormously.  So, for instance, almost 29% of Muslim women are in employment in the 16-24 group and almost twice that proportion (57%) are in employment in the 25-49 group. Take into account whether they are UK born versus foreign born, length of stay in the UK, English language skills, their geographical location etc. and the employment and unemployment picture changes drastically once again.

More importantly, a study by Khattab at the University of Bristol in 2015 (analysing a sample of 2,643 individuals) found that discrimination by employers was more likely to explain the unemployment levels of Muslim women rather than their qualification and language skills. This is obviously not a straight forward issue, and intriguingly, groups who are almost equally worse off in terms of employment and wages (e.g. Muslim and Black men) are ignored from integration discussions in this report.

Interestingly as well, given the emphasis on persistent gender equalities in this report, it is surprising that Casey chooses to highlight the gender gap amongst Muslims, when the largest gender gap in employment and wages is between white majority women and men. The focus on Muslim women is clearly not a neutral policy choice – particularly when the emphasis is on ‘cultural regressive practices’ within the Muslim community, instead of socio-economic factors, geographical locations and external discriminatory practices by employers.

But Casey is also right to focus on the link between immigration and integration as a major oversight in the government’s community cohesion policies. Those concerned about lack of social integration appear to focus more on increasing ethnic minority diversity of neighbourhoods as a cause of social tensions rather than the churn or rapid change in neighbourhoods. The problem with this is that it misunderstands the cause of social instability, because research has shown that it’s not the ethnic diversity within neighbourhoods that causes tensions – but the rate of increase of new groups, or turnover that increases tensions.

For this reason, I agree with Casey that we cannot divorce immigration issues from the integration debate, but given the history of immigration debates in this country, I would argue that we need to be considerably more cautious about the terms that we use in the debate.

Integration, like immigration, is often a ‘colour-coded debate’ and we should not pretend that ‘race’ has nothing to do with the integration debate or that talk about integration and immigration is never racist. What integration should really be about is asking how can government and public services minimise the transitional impacts on settled white and ethnic minority (note not just white) communities.

Louise Casey is also right to say that we need to be united under the same set of British values and notions of citizenship, although once again, this is not as straight forward debate. The implication in Casey’s report is that some communities are less integrated than others, and the emphasis appears to be on ethnic minority communities. But results from previous Citizenship surveys (now halted) and Understanding Society have shown that ethnic minorities not only have strong British identities (and these increase across generations), but in some cases, have stronger British identities than their white majority counterparts (see Platt and Nandi, 2014).

In addition, an ethnic minority identity does not imply a loss of majority identity as is often assumed, and both identities are usually held together. In fact, what is really interesting in these surveys is the finding that the white British majority has substantial variation in identity – which then begs the question, what exactly are British ethnic minority groups supposed to integrate into?

As I have argued, the integration story, including Casey’s integration narrative, is full of pitfalls and dangerous assumptions. The enduring lesson from the 2001 review is that if we oversimplify the messages and select some “truths” conveniently over others to confirm our prejudices, we make integration more fractious and less likely to happen.  Accuracy of information is essential in this area because entire groups and communities can be stigmatised and further isolated based on the selective facts that people choose to share with us. It is incumbent on all of us to ensure that public policies are not based on selective evidence, and we should not be drawing firm conclusions about entire communities or groups based on value-laden approaches. 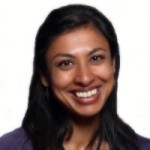 Dr Zubaida Haque is a Research Consultant and currently working for The Runnymede Trust. She has a strong research and policy...