What about the whites? (Saggar)

The Casey Review adds to over fifteen years of government reports on the subject of integration. It continues a focus on where our accidental immigration policies have led us, and on the inward-facing values and practices of some particular groups. Casey is at its strongest here, arguing that women and girls are losing out through “regressive practices” imposed by unaccountable men who probably don’t care much for a liberal, tolerant society. And she is unimpeachable in declaring that talking about once-hidden problems is a necessary first step to tackling them.

But Casey is wrong in two vital respects. The first is her confusion over segregation, and the other is on what government should do.

On segregation, the report fails us because its messages are limited to the segregation of black and brown people only. It has no interest in the segregated lives experienced by most people in Britain – and most of us are white Brits. For a report on integration across ethnic and religious lines to be credible, it must have something to say about the experiences of the bulk of the population, and not just about some selected minorities.

But what about the country’s ethnic majority, that is, its white British population? Many more than half of these schoolchildren will be attending a school in which they are a majority. Majority-white schools are the norm across the entire country, and there is nothing in the report that shows interest or concern about the lack of familiarity with a multi-ethnic society that this is also leading to. I would imagine that these white schoolchildren will equally wrongly estimate the ethnic composition of Britain – although Casey only cites one school where Asian kids wildly over-estimated the country’s Asian population. The white majority mostly lives amongst its own and – just like the groups highlighted in the report – is unlikely to be well prepared to live in the society that we are and have become.

Secondly, on what should be done, we should be sceptical about measures that see the role of government as policing arbitrary segregation danger points.

Forty years ago education authorities in Ealing in London and Birmingham used to put some Asian kids on buses each morning to be educated in mostly white schools. This was well intentioned but it was absurd as well. The policy’s aim was to keep Asian school rolls below an “education danger point of one-third”. Why not a fifth, or a quarter? Asian-ness was equated with poor attainment although today schools with Indians and Chinese are more of a by-word for high attainment. But worse than that was the spectacle of brown skinned children randomly being selected to ride the bus while their white peers sat watching.

If we want to avoid segregation we should not be encouraging the government to operate a national racial code that applies to some citizens but not others. The Danes think it is smart to have a differential age of marriage for their members of Pakistani heritage. Should we build on this and start operating differential racial codes on taxes, benefits, healthcare and dress? That is a recipe for minorities as permanent outsiders – the very opposite of a more integrated society.

Casey’s efforts will be read as a call for more integration for ethnic minorities alone, although that was perhaps a function of the exam question that was set. Integration is valuable because it affects us all. It won’t be taken seriously if we leave out the bigger story on segregation, and if we naively believe that government should be in the business of putting us in boxes that cannot begin to describe who we are and what we value. 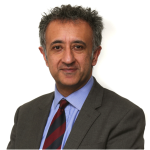 Shamit Saggar is Professor of Public Policy, based in the Institute for Social and Economic Research at the University of...