The Casey Review makes clear that its authors have only a fuzzy grasp of what integration is or indeed what it should be.

The question of what immigrant integration is and how to measure it is a vexing one. In the report Dame Louise Casey mixes up the traditional academic understanding of integration as a reduction in the ‘outcome gap’ between immigrants and their offspring and the native British population, and the more common sense, public supported, notion of attitude convergence (including identity and values).

There is a strong sense throughout the report that there is a relationship between these two understandings: as our society becomes more equal and everyone gets a fair share of the cake, people also become happier and more willing to get along. This has been shown to be true at an aggregate level but sadly it has not been so far demonstrated by existing research on ethnic minorities. In fact, some now argue that integrating culturally and socially may delay immigrant-origin groups’ economic success.

We do not have to look far for an example here, as the British Caribbean population is a case in point: this group has highest intermarriage rates with white British people, English is their native language, they are predominantly Christian, yet, they lag behind most other social groups in terms of education and employment.

The impression that by improving minorities’ life chances we will achieve a more cohesive society is to me therefore naïve. Perhaps Dame Louise felt it was needed to soften the blow of what was to come next in the report: an analysis of the supposedly unacceptable attitudes held in the British Muslim community.

While I am no apologist for the patriarchal and hierarchical attitudes in conservative religious communities it is important to recognise that they are not alone. As I recently showed, as many as 44 per cent of Conservative voters at the last election believed that equality for gay and lesbians went too far, and yet they were not included in the report. And what about the Catholic establishment with its very problematic teaching on gay rights and discrimination against women in the clergy?

I think it is time for a decoupling of these two understandings of integration in our public discourse, as this will let us be clearer and more focussed in our discussions, and it will definitely be more helpful in finding relevant policy solutions. The equalities agenda needs its own consideration without the needless confusion with the convergence of attitudes, which will always distract by sparking ideological arguments.

The review seems pretty careful with the data it analyses and does try to include many of the usual caveats: particularly when reporting Muslim public opinion.  But one mistake that it does make is its interchangeable use of the terms residential concentration and segregation. These are very obviously not the same.

Segregation implies lack of contact between groups, which is really only a characteristic of white communities, as there are simply no completely isolated Muslim communities in this country. Areas where 40 per cent are Muslim does not constitute an isolated community, and frankly neither does one where Muslims constitute 85 per cent of the population. Moreover, all the evidence I am aware of shows that residential concentration is generally good for minorities, as they have a higher sense of satisfaction and trust and lower perceptions of ethnic and racial prejudice than those who live without co-ethnic neighbours and in diverse neighbourhoods.

Some of these (and other) mistakes, and the government’s engagement in policing the hearts and minds of Muslims is likely to dominate the agenda, and as a result distract from a positive way forward on social and economic equality. So while some policy proposals put forward by Dame Louise – such as funding for English tuition—are likely to make a big difference and be popular, the rest of the report with its critique of attitudes among immigrants, Muslims, or other ethnic minorities, will unhelpfully attract all the attention. 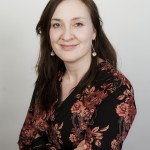 Maria Sobolewska is a Senior Lecturer in Politics and a member of Centre on Dynamics of Ethnicity at the University of...