The limits of social mixing

Is contact with other ethnic groups itself enough to foster integration? Although mostly positive, social mixing can also be negative for some, leading to greater polarisation. The negative impact is much weaker in workplaces than in neighbourhoods.

As the UK becomes more ethnically diverse, how we build positive relations between ethnic groups is a crucial question for society. More social mixing is held as a key means to this end. The recent governmental Casey Review on integration, for example, stresses how a lack of social mixing acts as a critical barrier to integration.

Mixing between ethnic groups is a key method of reducing prejudice. This puts increasing ethnic diversity in a unique position: while it can foster feelings of threat towards other groups, it also increases opportunities for contact. The same phenomenon potentially driving tensions thus brings its own opportunities to resolve them. A common view therefore is that to cultivate better relations in diverse societies we just need to encourage greater mixing. However, this rests on the assumption that all mixing is positive. What has been overlooked is that contact can also be negative and that the more negative contact one has the worse one’s views of other groups become.

If increasing diversity leads to more mixing but mixing can also harm relations between ethnic groups, what are the implications of this for building integration through social mixing in diverse societies? This is what our study set out to explore.

NEIGHBOURHOOD ETHNIC DIVERSITY, PREJUDICE AND THE ROLES OF POSITIVE AND NEGATIVE SOCIAL CONTACT

Figure 1 shows the reported warmth towards ‘ethnic minorities’ (on a scale of 0-100) among a nationally representative sample of white British individuals surveyed in England in 2008. Respondents were first asked how much social mixing they had with ethnic minorities in their neighbourhood.

More frequent neighbourhood contact does lead to warmer attitudes towards minority groups: both positive and middling contact have positive effects. When individuals reported they didn’t enjoy this contact, frequent mixing led to much colder feelings towards minorities. Furthermore, this negative effect is far stronger than the warming effects of positive/middling contact. Negative contact therefore actually leads to worse outcomes than if someone had no contact with ethnic minority groups at all. 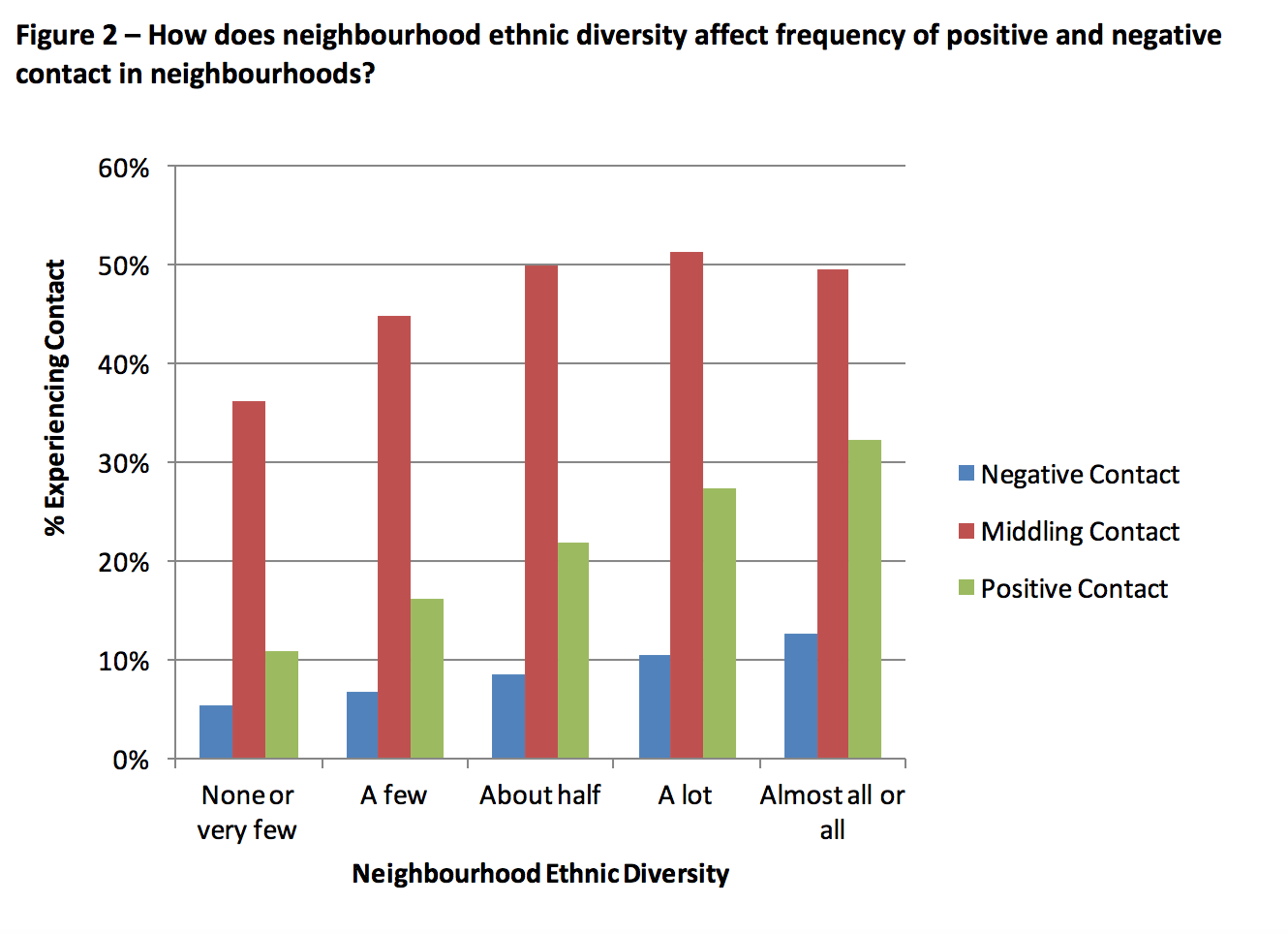 Let’s pull these findings together. The good news is that the net-effect of ethnic diversity on people’s views via mixing is positive. In more diverse neighbourhoods, most people experience more frequent positive or middling contact, and report more positive attitudes than if they had no contact at all. The bad news is that, as diversity increases, a small number of people experience more negative contact and (although far fewer in number) those who report more negative views of ethnic minorities.

As neighbourhood diversity increases, a segment of communities therefore become much colder towards ethnic minority groups as a result of contact. In fact, diversity can polarise attitudes towards ethnic minorities via more frequent mixing. This has critical implications for efforts to build positive relations through greater mixing.

WORKPLACES AS SITES OF INTEGRATION

Policies have largely focused on building integration through residential communities. As we see, this can have negative unintended consequences. Yet, encounters with ethnic difference also occur at work. In fact, people in England self-report that their workplaces are more diverse than their neighbourhoods – 33% report their workplaces being ‘about half’ or more non-white British while 24% report their neighbourhoods are ‘about half’ or more. Yet there is little focus on how diverse workplaces may foster integration. 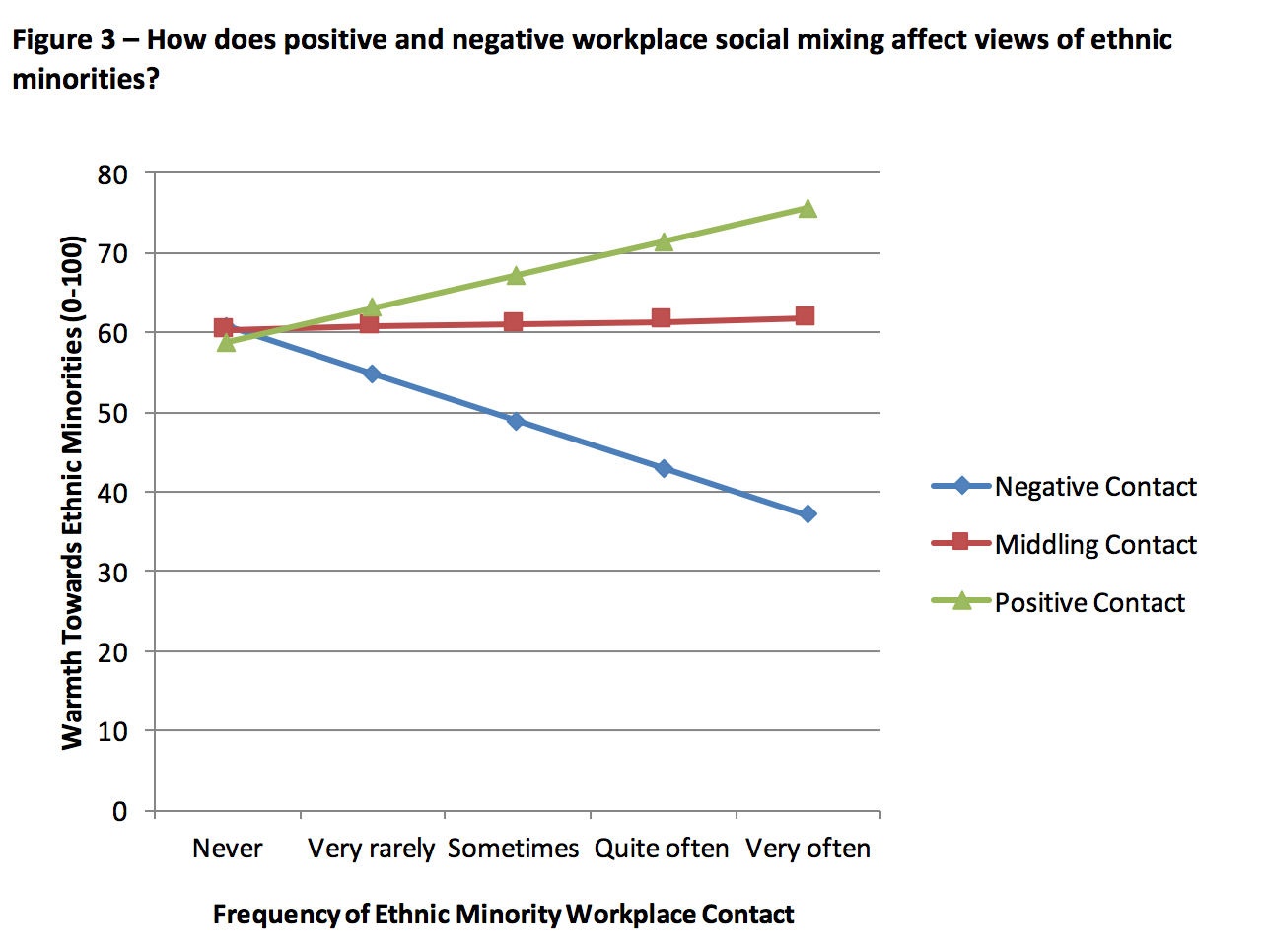 How does workplace diversity affect different types of contact compared to neighbourhoods? Figure 4 shows that being in a more diverse workplace similarly leads to more frequent positive and negative contact. However, compared to neighbourhoods, positive and middling contact experiences are more common and negative contact less so. 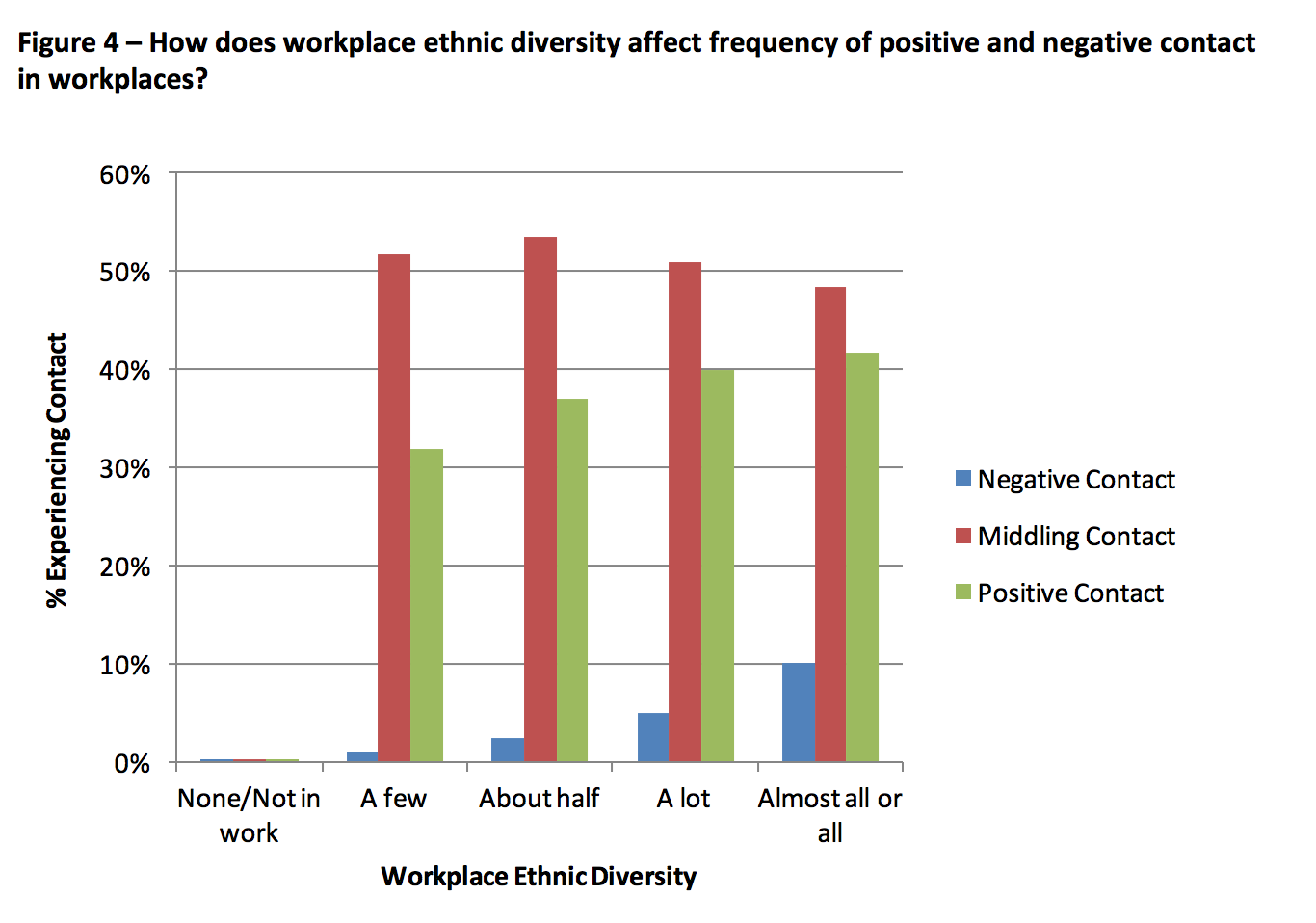 Let’s draw these findings together. On one hand, diversity in workplaces can also polarise attitudes towards ethnic minorities via more mixing. On the other hand, with more positive and less negative experiences, and negative experiences having a weaker effect, workplace diversity looks better at cultivating positive relations between ethnic groups.

As diversity in the UK increases, a lack of mixing between ethnic groups is frequently cited as biggest barrier to integration. The good news is that the net-effect of mixing in diverse environments is positive. Encouraging more mixing will, generally speaking, improve relations between groups. However, careful attention has to be paid to maximising positive experiences and minimising negative ones. Without this, not only are the benefits of mixing not realised but, at worst, more mixing may drive a growing polarisation in people’s views towards other ethnic groups, and create an increasingly hostile segment of society.

In lieu of this, workplaces offer a key context, outside of communities alone, for driving integration. Policies should be further encouraged that limit employment discrimination, encourage diverse workforces, as well as eliminate ethnic and socio-economic inequalities in access to, and participation in, all levels of the workforce. As UK diversity increases, workplaces could, more and more, play a vital role in fostering positive relations across society as a whole.

Note: the above article draws on the author’s co-authored work in Social Indicators Research.

This article first appeared on the LSE’s British Politics and Policy blog. 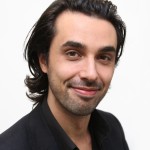 James Laurence is an ESRC Future Research Leaders Fellow at the Cathie Marsh Institute for Social Research and Department of...