Louise is an unlikely civil servant: straight talking, who does not mince her words – the Casey Review of Integration tackles controversial subjects very directly. There is a danger that we will get caught up on some of the controversial detail and miss the point – the Casey Review has firmly put community cohesion and integration back on the agenda. And rightly so, society is more divided, hate crime and intolerance are on the rise.

Areas with large Muslim communities may feel that they have much more work to do, as the Review does focus a great deal of its attention on them. For example, the reference to English language classes clearly builds on David Cameron’s proposal to target Muslim women. At the same time, the reference to the need to safeguard children in ‘unregistered schools’ and ensuring “women’s emancipation in communities where they are being held back by regressive cultural practices”, are clearly largely linked to Muslim communities. Other references to segregation, isolation and inequalities, are even more direct.

However, just last week a new report ‘Unsettled Belonging’ by Policy Exchange suggested that a strong focus on Muslim communities may no longer be justified. The largest opinion poll of British Muslims found an “essentially secular character of most Muslim lifestyles. In terms of their everyday concerns and priorities, British Muslims answer no differently from their non-Muslim neighbours”. In other words, their main concerns were the ‘normal’ issues facing Britain today: NHS/hospitals/healthcare, unemployment second and immigration.

‘Unsettled Belonging’ also made the point that many others have made over the last ten years: that “the authorities must be clear about separating those activities that aim to promote social cohesion and those that are designed to prevent terrorism”. Casey is wise to avoid this controversy – given that the present Government and the previous Labour administration failed to recognise this problem. It will be for local authorities to re-make the relationship with Muslim communities in each local area and to try to square this circle.

By the same token, the Casey Review could have given more attention to the White ‘host’ community. Minorities have been the focus of most previous policies and we have tended to forget that integration demands support on both sides of the divide. Little attention has been has been given to the views and needs of the established community over the years, though Casey does, however, recognise that the ‘unprecedented pace of change’ has been too fast in some areas, but is less clear how to address this problem. The growth of populist parties, the rise in hate crimes and the fall out after Brexit suggests that this is rather urgent.

Casey recognises that “some communities are becoming more divided”. This confirms the recent report by Eric Kaufman and myself, ‘Is Segregation Increasing in the UK’  which found rising  polarisation between white and minority communities in urban areas and again points to the need to address this very directly. The question is ‘how?’ Casey suggests a number of areas.

Firstly, she suggest that young people have to mix more out of school and that schools have to do more to give children a wider view of the world, through a new British Values curriculum to “build integration, tolerance, citizenship”. Dame Louise rightly notes that teachers’ skills in this area will have to be developed and the effectiveness needs to be tested in the school Ofsted inspection. But the Review does not really deal with the primary problem: school segregation, especially as this is known to be increasing.  A programme to establish more mixed schools  would be more effective as children would naturally learn about each other. Dame Louse does not go this far. She recognises the problem of “some children’s experience of school marked by segregation” which was the very reason the review was set up by David Cameron[1] :

“it is right to look again more broadly at how we can move away from segregated schooling in our most divided communities. We have already said that all new faith academies and free schools must allocate half their places without reference to faith.”

The Casey emphasis is on ‘out of school’ mixing, which will have to be carefully engineered and carried on indefinitely. Though she does hint at the need “for radical change and a new approach across all schools” and to “focus on de-segregation”, the only firm proposals are “to encourage a range of school provision and projects to ensure that children from different communities learn alongside those from different backgrounds”.

Local authorities now have the chance at least to reassert a strategic role in school provision. It is not possible for Whitehall to manage schools directly and local government must be prepared to intervene – if necessary by naming and shaming – where schools neglect the impact of their admissions and either create or reinforce segregation. But will local authorities be given the chance and the resources to take this on?

Casey also wants to see “a spirit of compassion and kindness”. This may be mocked by those that have slipped in to acceptance of an aggressive and offensive discourse without any concern for the consequences. But politicians will have to respond first – especially as the EHRC recently asked party leaders to end the ‘divisive language’ in their parties. But Casey does not leave this to chance and recommends a new ‘oath of public office’ to uphold the “fundamental British values of democracy, the rule of law, individual liberty and mutual respect for and tolerance of those with different faiths and beliefs and for those without faith”.

Local authorities will now have a new and important role in community cohesion: this will be based upon a tricky balance between supporting and challenging communities to accept the reality of a diverse and shared society. Moreover, community cohesion is not to be left to chance and Casey proposes a series of performance indicators and targets for local authorities, as well as area-based plans and projects to take forward all of the recommendations. Councils will not welcome additional cost pressures, though will be heartened by the proposal that future funding should better reflect population growth and change.

Dame Louise has put forward a serious analysis of the problem and developed a broad range of measures to tackle it. In some areas, she has not gone as far as she might –and probably wanted to – but has hinted at ways they could be developed. But it remains to be seen if the Government will have the good sense to accept Casey’s recommendations, let alone extend them. 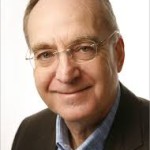 Ted Cantle set up the Institute of Community Cohesion (iCoCo) and this became the UK’s leading authority on community...