Trevor Phillips is the Chair of The Integration Hub. He is a writer and television producer and co-founder of Webber Phillips Ltd, a data analytics provider. He is the former chair of the Equality and Human Rights Commission, having previously been the chair of the Commission for Racial Equality and the elected chair of the Greater London Authority.

From 25 March 2015, for a three-year term, Trevor will serve as the president of the Partnership Council of the John Lewis Partnership.  He is also currently the deputy chair of the Steering Committee of the National Equality Standard and chair of Green Park Diversity Analytics.

His most recent work for TV is ‘Things We Won’t Say About Race That Are True’, a feature documentary for Channel 4, broadcast in March 2015. The programme, which he wrote and presented, attracted some two million viewers, as well as extensive press coverage.

Trevor is currently writing a prequel to his book Windrush, to be published in the near future. 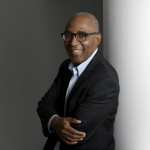