Shabnam Nasimi is the Senior Policy Researcher at the Integration Hub. Her research interests include social and ethnic integration, political participation, civil society and immigration. She has written extensively on BAME communities on the UK and their democratic and civic participation in British society.

Shabnam arrived in the UK at the age of eight with her family, fleeing the Taliban regime in Afghanistan.

She is the founder of Conservative Friends of Afghanistan. Her experience has been in the civil society sector, working with Home Office in implementing the Prevent Strategy and delivering DFID funded projects in Afghanistan. She is the Trustee of Hope for Children.

Shabnam is a familiar face on British and international television screens, regularly offering commentary and analysis. She writes regularly for some of the UK’s biggest selling newspapers, including the Daily Mail, The Times, Prospect Magazine, Conservative Home and Quillette, on a variety of subjects.

She holds a BA in Law from the University of Law and an MSc in International Security and Global Governance from Birkbeck University. 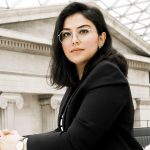