Getting beyond ‘Muslim integration’

Integration is often difficult to talk about. We use the term in the context of cultural, ethnic and religious diversity, which is not a uniform experience across the UK (much of Britain is still quite monocultural). But it is most often used in relation to groups that are seen as a problem, for example the need to ‘integrate Muslims’.

Even where the data for certain groups may show a strong case of social and cultural isolation, residential segregation, allegiance to other countries abroad, highly conservative social attitudes, and so on, we tend not to dwell on the integration concerns of those groups if they are not seen to be a threat. This makes the discourse of integration somewhat slanted and politicised, but I want to argue that it is nevertheless an important and necessary subject for us to think about.

In my view, there is a need for a binding, uniting national narrative. Every nation needs to tell its children a story of who they are and such foundational ‘myths’ are important in creating a sense of common belonging and citizenry, something vital to the integrity of modern nation states. I have heard some Muslims point to Germany and Bosnia at the beginning and end of the 20th Century, respectively, to argue that even at the highest levels of assimilation and integration of Jews and Muslims, they were regarded as ‘other’ and eventually not accepted. But this is not an argument against integration, it merely shows that the uniting narrative broke down and was subverted by competing myths, manufactured and propelled via racism and bigotry.

But in order to get real about integration, we do need to tackle a number of assumptions. One big assumption is that over three or four generations, a natural process of integration occurs, implying that intervention is not necessary. In my view this model no longer holds true (if it ever did) as people no longer have to cut all their ties with their country of origin. This means that we either have to refine our notions of citizenship, identity and belonging for a more global age or work much harder to attain the same level of integration as previously anticipated.

Another assumption of integration is that it will lead to less antagonism. In fact the opposite is often the case as integration is likely to increase the assertiveness of groups in the short-term – a natural by-product of an increased sense of ownership of the nation. Whereas immigrant grandparents would accept discrimination as part of the natural order of things, teenagers feel a greater sense of ownership of the space around them and feel they can demand equal treatment.

Going back to Muslim communities, the factors above – along with the size of Muslims communities in the UK, the fairly high levels of religiosity, identity politics and the impacts of terrorism – mean that there appears to be a particularly intense ‘Muslim issue’. And there are indeed three issues which though by no means specific to Muslims combine together to reinforce the impact of Muslim identity politics.

Firstly, there is communitarianism, and the adversarial sense of ‘my community’ above the national whole. Secondly, there is the power of religious teachings that emerged in a different time and place and need to be adapted for life in a modern western culture. The third point is about equality and discrimination which links to a sense of belonging and to the success (or failure) of social mobility. If well educated and deserving Bangladeshi girls, for example, get discriminated against in the work place then that interrupts the flow of social mobility and the integration process.

Identity politics is not new. Many Muslims growing up in the 1970s and 1980s of Pakistani, Bangladeshi or Arab descent, born in the UK, having common schooling experiences, and sharing common British culture, found faith to be a common thread that linked them together and took them one step closer to a common British citizenry. But in the post 9/11 world, Muslim identity took an altogether different and more problematic hue. Muslim identity has for too many people created a preoccupation with communitarian distinction and distinctive needs. More worryingly, we have seen this grow in recent years into a real discourse of ‘us’ and ‘them’ for some.

The crucial factor isn’t whether a group (even a sub-section of a group) has completed the journey of settlement or integration, as that may well be a journey with many complex twists and turns; but rather does it envisage itself as ever becoming part of the whole or does it actively promote a discourse of separation? And following that, is that mode of separation one of simply standing apart, or one of an ideological rejection based on an assumption of superiority and disdain for the Western/Christian ‘other’ – which could be seen as a form of racism.

This is not simply about socially conservative attitudes, one can be a conservative, but still treat others with respect and dignity and recognise the humanity in others. But a sense of ‘us and ‘them’ can lead to a dangerous and extreme position. At times such discourses even adopt the language of progressive politics, talking of human rights, equality, and citizenship, but scratch the surface and the hatred and prejudice shows quite quickly.

This would seem to indicate a set of very difficult challenges for Muslim integration and yet, there are surveys that show that Muslims score highly in their sense of belonging to the UK, in fact even higher than ‘white’ people as a category in some surveys.[1] What this indicates is that there are different dynamics going on within Muslim communities and it raises the question: how useful is the generic ‘Muslim’ label? Can the experience of Gujarati, Turkish and Somali Muslims really be the same? What about Sufis and Salafis? Or the secular and strictly religious; or liberals and fundamentalists? If we are going to talk about and analyse ‘Muslim’ integration, we need to be much more nuanced.

There is a slow but steadily growing body of work that is looking at some of the challenges identified above and one can find works addressing very live topics such as citizenship, belonging, extremism, freedom of speech, religious offence, human rights, feminism and gender equality, and other debates around how Muslims are challenged by and respond to the impact of modernity. Muslim intellectuals are beginning to critically argue that Islam can, and needs to be, re-read in more pluralistic and equal terms to be understood better in the modern context (see Mandaville and Hussain, 2015).

Terms such as multiculturalism and integration tend to divide opinion but there appears to be much more convergence when there is discussion of what people actually want to see – a Britain that is open, tolerant, respectful of difference, a nation that values equality and also has a sense of national identity. At times the word ‘integration’ is used to imply two distinct, essentialised entities coming together and one becoming part of the other, or rather the onus being on one to integrate into the other. But, of course, the process of integration is far more complex and fluid, and out of it a new narrative of the collective ‘we’ is constantly being re-defined. 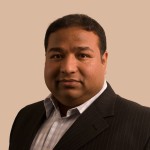 Dilwar Hussain is Chair of New Horizons in British Islam, a charity that works for reform in Muslim thought and practice...