Casey pulls no punches but will anything change? (Ramzan)

A much-awaited report which contains no big surprises received reactions that were entirely predictable.

Towns and cities with high Muslim populations, such as Oldham, Rochdale, Blackburn and Bradford are mentioned as places of concern.

Some of them are areas with large numbers of people who came from Pakistani-administered Kashmir, particularly the rural region of Mirpur. They came to the former mill-towns which now suffer from industrial decline and high levels of deprivation.

Parents still ship their children ‘back home’ to get married, creating ghettos and a “first generation in every generation problem”.

Immigration itself is not a bad thing. The problem is when large numbers of immigrants arrive into areas where there are already large numbers of people from the same background. There is less of an incentive to integrate and learn English if most people in your neighbourhood are going to be from the same village in Pakistan or Bangladesh.

Last week’s Policy Exchange survey “Unsettled Belonging” showed Muslims overwhelmingly identify with Britain. And there is a hope that Muslims will become more liberal and secular. But if Muslims choose to live in areas with a high Muslim population, those who are more liberal or non religious will find it difficult to express their views openly, for fear of being attacked. Islamists benefit from this type of environment, as they can say they are trying to cater for the growing Muslim population – remember the Trojan Horse scandal in Birmingham.

Of course, some have suggested that “white people need to integrate too”. The report says:

“In recent decades, it appears that in some respects, rather than becoming more of a classless society, sections of white working class Britain have become more isolated from the rest of the country and the rest of the white British population.”

White British boys are falling behind students from other ethnic backgrounds, which will no doubt only help foster the narrative that no one cares about the white population. It partly explain why we have seen Britain voting to leave the European Union and the rise of parties such as UKIP.

In Oldham, two schools with one dominant ethnic group were merged to form one large school. The majority white Counthill School and majority Pakistani Breezehill School became the Waterhead Academy. Though the school is not doing so well academically it is helping bridge the divide among two communities.

If this model can be replicated then this can help community cohesion, as secondary schools tend to be places where young people from different backgrounds will mix. But there is no point in the Government talking about the need to end segregation if it is continuing to approve the creation of faith schools.

The report also finds – again, to no one’s surprise – that Muslims tend to marry spouses from abroad, particularly Pakistan.

But even if those people marry their fellow Brits, it is more likely to be someone from their “own community” – that is to say, someone who is either related to them or has links to the same village/town in their parents’ country of origin. So communities are hardly becoming more diverse.

Dame Louise also mentions Sharia ‘courts’ and the fact that many Muslim women are in unregistered marriages, which leaves them vulnerable. Critics of the report claim Muslim women are unfairly targeted in the review. Let’s admit it. Muslim women do face more barriers – mostly from their own communities.

When Muslim women themselves are saying that they are restricted by their own spouses or families, then why is it all being dismissed as being ‘Islamophobic’? When Muslim – and south Asian women in general – used to speak out against forced marriages, or African women were speaking out against female genital mutilation, were they also being racist and ‘Islamophobic’?

An important part of the review, which has been missed by most, is the reference to Prevent, which was introduced following the July 7, 2005 attacks on London as part of the Government’s counter-terrorism strategy CONTEST.

Dame Louise talks about the anti-Prevent lobby who “appear to have an agenda to turn British Muslims against Britain”.  The report states:

“These individuals and organisations claim to be advocating on behalf of Muslims and protecting them from discrimination. We repeatedly invited people we met who belonged to these groups, or who held similarly critical views, to suggest alternative approaches.  We got nothing in return.”

The report tackles the myths behind some of the stories which were very critical of Prevent.

Dame Louise writes about the infamous “terrorist house” case, in which Lancashire Police were reported to have interviewed a pupil referred to Prevent, after he had simply misspelled “terraced house” as “terrorist house” in a class exercise.

In fact, the pupil had also written that “I hate it when my uncle hits me”.  The teacher quite appropriately and acting in the best interests of the child, raised a concern.  A social worker and neighbourhood police officer then visited the family and concluded that no further action was required.  No referral to Prevent was ever made.  No Prevent officers were involved and Lancashire Police rightly maintain that they and the school acted responsibly and proportionately.

In an earlier case in May 2015, the parents of a 14 year-old boy started legal action after their son was questioned following a French lesson in which he had been talking about “eco-terrorists”.  After the lesson, he was reported to have been taken out of class and asked whether he was affiliated with ISIS.  His parents sought a Judicial Review, saying he had been discriminated against because of his Muslim background.

The truth is that the pupil was never referred to Prevent or Child Safeguarding (nor removed from the class), and there was no police involvement.  A concern about the boy was correctly raised by a teacher to the school’s Designated Child Protection Officer, who spoke to the pupil in an interview two days later which included asking whether he had “heard of Isis”. The Judicial Review was thrown out of court as totally without merit.

Yet the latter is still used as an excuse to bash Prevent and the boy’s mother, Ifhat Smith, still tells this story to anyone who will listen, despite her dubious links.

It is important that we discuss the issues mentioned in the report and the problems with segregation and mass immigration, rather than denouncing it all as ‘racist’. Indeed, some Muslim commentators have come out with the usual accusations of racism and Islamophobia; they are only interested in being defensive rather than actually coming up with any solutions.

No wonder we are having the same debate today as we were ten years ago. We’ve had similar reports in the past and I have no doubt we will have more in the future, saying the same things. There is little point in recommending what should happen now because it will only fall on deaf ears. Until there is a real political will to actually do something then nothing will change. In the meantime, I await the next report. 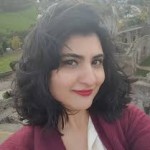 Iram Ramzan is a journalist based in Greater Manchester and founder and editor of Sedaa.org